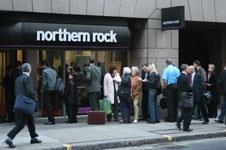 The credit crunch will cause more construction companies to go bust in 2008 than last year, new research claims.

Credit insurer Euler Hermes said insolvencies across all industries will rise 8.3% to 13,492 next year, but it singled out construction as one of the biggest casualties.

Fabrice Desnos, chief executive of the organisation, also pointed to the increase in delayed payments to UK contractors as an aggravating factor. This rose more quickly than in over two years in the third quarter of 2007 – up to an index figure of 69.1 from 59.1. An index figure of 50 means no change, while a figure below that indicates a fall.

Research by analyst Experian also showed an upward trend in the number of insolvencies in the construction industry. Its figures showed that in 2007 there were 1,732 business failures in construction – up 2.5% on 2006.

Its risk score for the construction sector placed it 10th out of 56 industry sectors with a score of 48.5, representing an “above average risk” of failure.

Kevin Cammack, analyst at Kaupthing Bank, said that there would be short-term problems but said he believed insolvencies would be limited to smaller players in private housebuilding.

He said: “There is still a lot of public sector work and full order books out there. Where there may be a problem is with smaller groundwork, brickwork and roofing contractors in private housing.”

Martyn Gregory, corporate finance partner at Deloitte, said insolvency was an “extreme case” and many firms would sell up before troubles started to bite. He said: “There is enough demand for small and mid-sized contractors.”