Lord Stunell, Mace and the RIBA warn of pitfalls of flawed deal for building sector as May outlines ‘hard’ Brexit plans 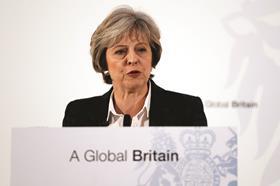 Construction leaders have warned that the sector must act now to influence the government’s upcoming Brexit negotiations or run the risk of a bad deal for the industry when the UK leaves the European Union.

Liberal Democrat peer and former building regulations minister Lord Stunell, Shard contractor Mace and the RIBA all warned this week of the potential pitfalls of a bad Brexit, as this magazine stepped up its Building a Better Brexit campaign to secure a fair deal for construction.

Lord Stunell – who is leading a high-level review of Brexit’s impact on construction – warned that a badly-managed Brexit could lead to a “shrinking construction industry”, while Mace cautioned that the government must protect the sector’s “access to skills and materials”.

Meanwhile, the RIBA said the government needs to draw up a clearer plan on what it will do about the thousands of EU citizens working in UK architecture practices, with its president Jane Duncan saying the uncertainty is “casting a long shadow over the architecture sector”.

The warnings come after prime minister Theresa May (pictured) laid out an ambition for a “smooth and orderly Brexit” this week, in a key speech outlining Britain’s 12 priorities for exiting the EU.

May confirmed Britain will leave the EU single market in favour of the “greatest possible access”, as she said it was clear it was impossible to remain in the single market while the government pursued its objectives of controlling immigration and leaving the jurisdiction of the European Court of Justice.

She said Britain wants to trade with the EU “as freely as possible” but will not be “half-in, half-out”.

She added: “We seek a new and equal partnership between an independent, self-governing, global Britain and our friends and allies in the EU.”

On immigration, May said the government would seek to guarantee the rights of European Union citizens living and working in Britain.

She also said the government would not sign up wholesale to the EU’s customs union, as the country wants to be able to draw up its own trade agreements with other nations.

This may result in increased tariffs on imports and exports, which could hit construction prices down the line.

Britain will seek to negotiate some transitional arrangements with the EU to ensure a “phased” exit rather than “a disruptive cliff edge”, May said. 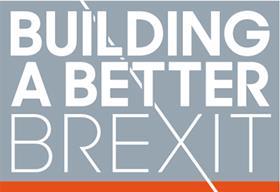 This week Building is inviting its readers to get involved in Lord Stunell’s review by taking part in our Building a Better Brexit survey online. The results will help inform scrutiny of Brexit terms in the House of Lords.

>> Take part in our Building a Better Brexit survey