Anne-Marie Trevelyan held the post for less than nine months

Number 10 has confirmed that Kwasi Kwarteng, secretary of state for business, energy and industrial strategy, will stay in his post. 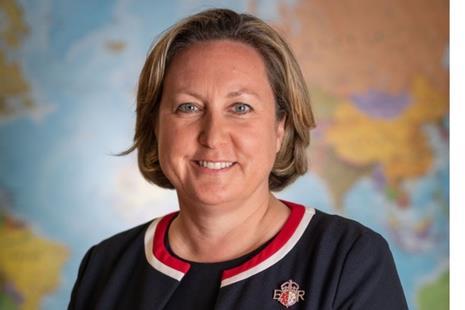 Anne-Marie Trevelyan has been appointed as the new trade secretary

Trevelyan, who held the role of international development secretary before that department was merged with the foreign office last September, was the fifth construction minister in less than two years when she was appointed in January this year. She replaced Kwarteng, who held the job for less than a month.

Before Zahawi, the role of construction minister was held by current HS2 minister Andrew Stephenson for four months after he took over from Richard Harrington in April 2019.

Trevelyan oversaw the scrapping of the government’s failed Green Homes Grant scheme for energy-saving retrofits to homes in March.

Trevelyan also backed the Construction Leadership Council’s C02nstruct Zero plan for driving out carbon from the industry, which called on firms to use zero emission vehicles and low carbon materials.