Bank of England cuts interest rates to historic low of 0.25% 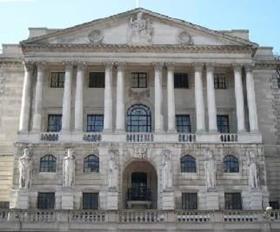 Construction firms have welcomed the Bank of England’s decision to cut interest rates to a historic low.

It’s part of a four point plan to mitigate the impact of the UK’s decision to leave the EU. Other measures include pumping £60bn into the economy by buying government bonds, £10bn to buy corporate bonds, and giving £100bn in funding to banks to help them pass on the base interest rate cut to consumers and businesses.

The Bank slashed its forecasts for UK economic growth by 2.5 percentage points over the next three years compared to its last set of forecasts in May - the biggest single downgrade in forecasts since the central bank became independent in 1997.

The Bank now expects quarterly GDP growth to slump to just 0.1% over the last two quarters of this year, which if correct would see the economy narrowly avoid a recession - defined as two consecutive quarters of contraction.

Construction already entered recession in the fiirst half of this year, declining 0.3% in the first quarter and by 0.4% in the second, according to ONS figures released late last month

He said: “With interest rates and unemployment now at an all-time low, now is a great time to buy and we can expect a boost to the economy and in particular the housebuilding industry with renewed confidence amongst potential home buyers.”

Adam Challis, head of residential research at JLL, said: “More important for the housing market is a strong, stable economy and the rate cut will help.

“Post-referendum, we need greater certainty that will encourage housebuilders, protect jobs, and ultimately provide a range of housing that people can afford.”

Its chief executive in Europe, Peter Cosmetatos, said: “Today’s announcement of an interest rate cut feels like a sideshow that is likely to do more harm to savers than good to investor confidence or the economy.

“What the UK really needs right now is clear fiscal and investment policy from government to support economic growth.”