The company, which runs Manchester, East Midlands and Stansted airports, said the deal will run for three years. 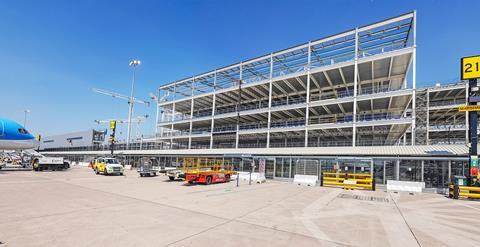 Mott MacDonald and Jacobs claimed spots on the most lots, with the pair winning berths on four of the eight up for grabs. They were followed by Aecom who secured places on three.

The news is a temporary fillip for firms working in a sector which has taken a severe hit because of the covid-19 pandemic.

Last week, Manchester Airport Group (MAG) said passenger numbers at the three airports were down 99.3% year on year to April 2020.

And responding to the government’s plan to introduce a 14 day quarantine for overseas visitors to the UK from next Monday, chief executive Charlie Cornish said: “For as long as it lasts, a blanket quarantine policy will be a brick wall to the recovery of the UK aviation and tourism industries, with huge consequences for UK jobs and GDP.”

Meanwhile, the fate of MAG’s £600m revamp of Stansted, which includes Mace’s construction of a £150m arrivals terminal, remains up in the air

The firm was appointed to the contract, originally expected to cost £130m, in early 2019 and was expected to hand over the new terminal later this year.

The plan involves turning the existing Norman Foster-designed terminal into a departures-only facility.

But last December, MAG, which is working with Laing O’Rourke on a £570m revamp of Manchester Airport (pictured), admitted the scheme will miss its deadline and said: “We are currently reviewing the original transformation programme proposals and design options.”

It said Bryden Wood had been brought in to run the rule over the revamp of Stansted, confirming it was on hold while it reviewed the scheme.

It has been asked to work on a revised plan for a £150m arrivals building which had been drawn up by transport specialist Pascall + Watson, which is among the framework winners.

MAG has not provided any update on the scheme but another airport, Birmingham where Mace is also working, has confirmed that the coronavirus crisis has grounded its plans for a £500m expansion.