Last week’s news that construction output had bounced back in January has been underlined by the latest data from information specialist Glenigan which said clients handed over £2bn more work in February.

On Friday, Office for National Statistics figures said output in the sector was up 0.9% compared to a 2.9% drop in December. 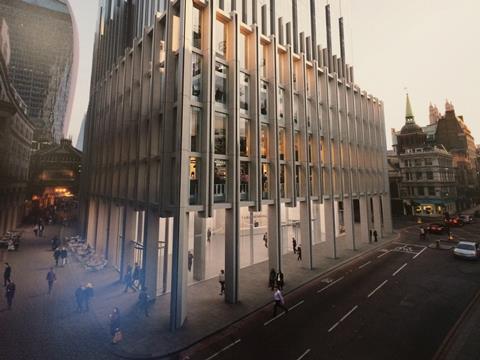 Multiplex’s deal to build 1 Leadenhall is worth around £250m

And Glenigan said the momentum has rolled over into February with nearly £6.4bn worth of work awarded last month, an increase of almost £2.2bn from January.

The figures (see below) reveal the most work was awarded in the private housing sector, with firms here inking deals worth just over £1.22bn – or around 19% of all work handed out in the month.

After private housing the next most prolific sector was social housing, with clients here awarding firms £1.17bn of business.

This was followed by those in the industrial sector, at £718m and commercial clients awarding £670m worth of work.

Among the deals signed in the month were a brace for Multiplex – a £400m scheme by Chipperfield Architects to turn the former US embassy in London’s Grosvenor Square into an upmarket hotel for Qatari Diar and a job to build Make’s 35-storey at 1 Leadenhall for Brookfield. The CM deal for its developer parent is believed to be around £250m.

And ISG inked a £50m-plus job to fit out the new King’s Cross headquarters of US tech giant Facebook.

Meanwhile, the data has also revealed that £10.6bn worth of projects were approved in February.

The private housing sector was the market with the highest value of projects approved, securing permission for 365 schemes worth almost £3.2bn.

After private residential, commercial achieved the second-highest value of approvals at £2.6bn – though £1bn of this was for a 10-storey building in King’s Cross that will be the home of pharma company Merck and where CPC is project manager.

The tables below show contract awards by sector for February put together by Glenigan. They are just a small part of the client information that is accessible through the Building Boardroom Network.