Clients awarded £5.5bn worth of work compared to around £4.5bn the month before

Clients handed out around £5.5bn of construction work in June – up by around £1bn from the month before, Glenigan data has revealed.

The figures (see Building Boardroom) reveal the most work was awarded in the utilities sector, with firms here inking deals worth just over £1.17bn – or around 20% of all work handed out in the month. 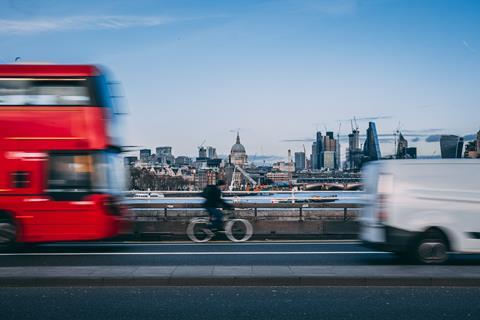 The bulk of this, £1bn, was from a Greater London Authority deal with BAI Communications to install 2,000km of cabling within the tunnels and stations of the London Underground to provide full fibre internet coverage throughout the Tube network.

After utilities, the next most prolific sector was commercial, with clients here awarding firms £756m of business.

This was followed by those in the hotel and leisure sector, at £655m, and infrastructure clients awarding £550m worth of work.

While both these deals had been previously announced they were finalised last month.

Meanwhile, the data has also revealed that £6.95bn worth of projects were approved in June, 26% up on the £5.5bn approved in May.

The private housing sector was the market with the highest value of projects given the green light, securing permission for 323 schemes worth almost £2.2bn.

After private residential, hotel and leisure achieved the second-highest value of approvals at £965m. This was largely due to the approval of Everton’s £505m new stadium.

It was followed by utilities at £916m. This was once again dominated by one high-value approval, Intelligent Land Investments’ £550m Loch Ness pumped storage scheme.

The data above and below is just a sample of the contract awards by sector for June put together by Glenigan. They are just a small part of the client information that is accessible through the Building Boardroom Network.