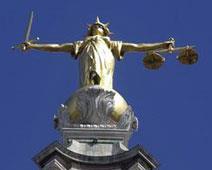 A North-east contractor has been jailed and a Tyneside firm and one of its directors fined after a demolition worker fell to his death from a cherry picker knocked over by a falling roof beam.

Allan Turnbull, aged 61, of Tow Law, County Durham, was found guilty of gross negligence manslaughter at the trial over the death of worker Ken Joyce.

Joyce had been part of a team dismantling structural steelwork of the roof of the Burning Hall at the Swan Hunter Shipyard in Wallsend, Newcastle, when the fatal accident took place in December 2008.

Turnbull had been trading as A&H Site Line Boring and Machining and had been subcontracted for the work by North Eastern Maritime Offshore Cluster (NEMOC).

Turnbull was sentenced to three years imprisonment after a four-week trial at Newcastle Crown Court. He had earlier pleaded guilty breaching the Health and Safety at Work Act 1974.

NEMOC, which is now in liquidation, was fined a token £1 for each of two counts under the Health and Safety at Work Act that it was convicted of.

Director Christopher William Taylor, aged 51, of Adderstone Crescent, Newcastle, was found guilty of breaching two sections of the act and fined £30,000 with £50,000 costs.

While they were dismantling the structure and using a crane to lower the steel beams to the ground, one of the plate girders struck the basket of Joyce’s cherry picker, knocking knocking it to the ground.

He suffered severe head injuries and was pronounced dead at the scene shortly afterwards.

The jury was told that NEMOC and its director Taylor failed to ensure the safety of its employees and sub-contracted workers by neglecting to check that Turnbull had the necessary competence to carry out the work.

The police and HSE investigation also found that Turnbull had failed to adequately plan the work after identifying a lack of suitable and sufficient lifting plans to ensure a safe system of work was in place for the dismantling of the structural steelwork.

After the sentencing, Health and Safety Executive Inspector Emma Scott said the tragedy could have easily been avoided if a safe system of work had been in place.

“Ken Joyce lost his life as a result of collective failures which included not preparing in advance a detailed plan of how the work should be carried out and no lifting plans to ensure the safe removal of the beams,” she said.

“Other companies can learn from this and ensure they take the necessary action to deal with the high risk involved with work of this nature.”