Contractor Osborne latest to back Remain 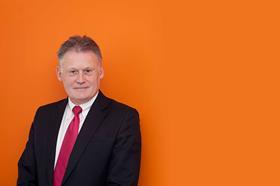 Osborne has become the latest heavyweight company to sign up to Building’s remain in the EU campaign, ‘Building says IN’, three days before the crucial referendum.

The £311m-turnover contractor, alongside its chief executive Andy Steele (pictured) and chairman Andrew Osborne as individual signatories, are the latest of a raft of businesses and individuals to throw their support behind Britain’s membership of the EU.

These supporters believe leaving the EU would jeapordise foreign direct investment in the UK and would likely result in higher materials and labour costs.

The new signatories come after campaigning ahead of the referendum recommenced yesterday after it was suspended following the killing of the Labour MP Jo Cox on Thursday.

Over the weekend the latest polls suggested a slight swing back towards remain. The FT poll of polls put remain and leave on 44% apiece.