Contractors have until 4 August to express interest in a £200m mixed-use project on a former pharmaceuticals site in Horsham.

West Sussex council is looking for a joint venture partner to help develop and build the scheme, which includes commercial buildings and up to 300 homes. 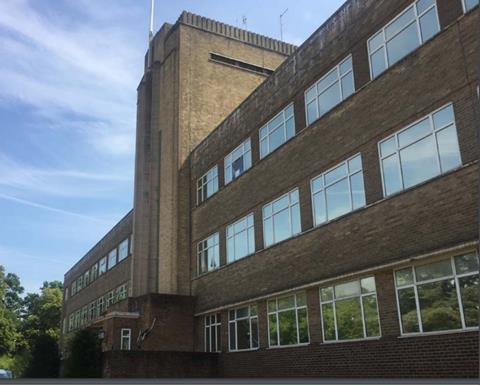 Up to five firms will be shortlisted for the project, which will include the refurbishment of a locally listed 1930s art deco style building formerly used as an office and R&D facility for Swiss pharmaceuticals firm Novartis.

In 2016 the council purchased the brownfield site, which has stood empty since 2014, for £16m with an intention to create a science park.

But those plans were swapped in favour of the mixed-use scheme, which received outline planning permission from Horsham district council in October last year.

Planning consultant Savills is already on the project team.

According to a contract notice, the JV would allow the contractor partner to start with the scheme’s residential element before moving on to the commercial phases “either speculatively or when suitable occupiers are secured”.