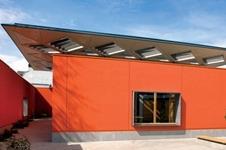 Four contractors and one architect have made it into the Sunday Times list of the 100 UK private firms with the fastest growing profit.

Wates, which was the only company to feature on last year’s list (at number six) also showed strong growth, with profits rising at an average of 72% per year over the past three years.

Wates group chairman and chief executive, Paul Drechsler said: “It is a real testament to the focus of Wates on long term relationships in the public and private sectors, the diversity of our operations and quality of the team that we have continued to deliver a strong performance in spite of the difficult economic backdrop.

Social housing contractor and developer United House Group, in which the private equity arm of Lloyds Banking Group recently bought an estimated 30% stake, saw its profits shoot up from £2.4m in 2005 to £7.6 m in the year ending December 2008.