Contractors on academies framework left in the lurch 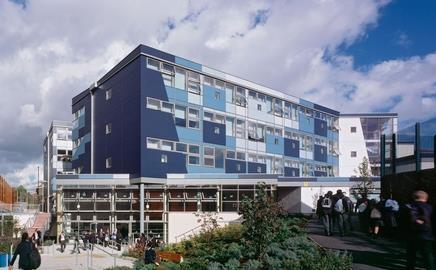 Firms including Balfour, Carillion, Kier, Laing O’Rourke and Skanska could fall foul of change in policy

The government’s framework for contractors bidding for £1.6bn of academy work may be made redundant by plans to procure the schools using the Building Schools for the Future model.

The firms on the framework are Balfour Beatty, Carillion, Willmott Dixon, Kier, Laing O’Rourke and Skanska. Each went through a lengthy and costly process to be selected for the framework. Their investment is likely to have been wasted if academies are procured through the Local Education Partnerships (LEP).

This system, which is used to deliver Building Schools for Future projects, would mean the contractors would have to compete for work with rivals that are not on the framework.

A source close to the academies frameworks said: “Contractors put a lot of work into that tender process. Those that bid and paid for it won’t be happy.”

A spokesperson for Partnerships for Schools (PfS), the body that runs the framework, confirmed that in future it would use it only in exceptional circumstances.

She said: “The academies framework was introduced with a specific aim in mind – speedy one-off investments in the early days. There may be exceptions where we don’t choose to have an LEP but, over time, our presumption is for local authorities to use this model.”

Contractors put a lot of work into that process. They will not be happy

She added that the LEP system was considered to provide value for money.

The £1.6bn academies programme, if it continues when Gordon Brown becomes prime minister next week, will be a useful source of revenue for contractors as the government plans to have 200 open or in development by 2012.

The framework was established in November and since then Milton Keynes and Southwark have procured through it. Middlesbrough, Sunderland have been given permission by PfS to use it. Sunderland has shortlisted Carillion and Balfour Beatty; Middlesbrough has yet to start the selection process.

The first local authority to bypass the framework is Birmingham, which this week announced that seven academies in its £750m BSF programme would be procured using LEPs. Bristol plans to do the same. Another said it would give more firms access to school work.

In a separate development, it is understood that the Department for Education and Skills has reduced the number of project managers it uses on academies from 30 to 10.