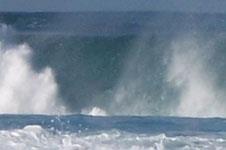 The UK's first offshore facility to demonstrate wave power on a commercial scale is to be built off the coast of Cornwall and should be up and running by 2010.

Engineering firm JP Kenny, part of John Wood Group, has been appointed to oversee the £28m development, which could eventually become the world's largest wave energy farm. With a capacity of up to 20MW, it will enable pre-commercial testing of wave energy devices on a large scale.

Located 16km off the Cornish coast near Hayle, the innovative project is aimed to send power back to the mainland by 2010, through a subsea cable connected to the National Grid.

The scheme will involve up to 30 wave-energy machines placed on the seabed, sending power via a “socket” or wave hub. If tests are successful, the project could become the world's largest wave energy farm.

The project is being part financed by the government, the EU and the South West Regional Development Agency.

JP Kenny will manage the onshore works and selection of subcontractors, as well as the design, procurement and installation of the wave hub.

Concept designs for the wave hub will be explored over the next few months, with detailed designs to be completed by May 2009.