Exclusive: Labour hits out and bidders are left bemused after tender for strategic partner rises 300% to £400m 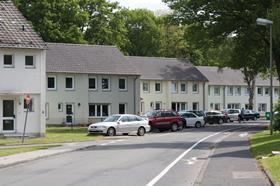 Bidders for one of the government’s largest outsourcing contracts have been left bemused after the Ministry of Defence’s estate arm quadrupled to £400m the value of its contract for a private sector partner to manage its operations just days after issuing the tender for the work.

The news emerged as the Defence Infrastructure Organisation (DIO) admitted that it does not have enough staff or skills to deliver its operations and, despite a cross-Whitehall crackdown, has been forced to bring in a raft of consultants to support its work.

It also comes after the DIO last week confirmed it had delayed by a further year its tranche of construction, repairs and maintenance contracts, worth up to £9bn, with the contracts not now set to be awarded until 2014.

The original tender issued by the DIO for its strategic business partner on 30 May 2012 put the total value of the contract at £100m over 10 years. This value was then restated in subsequent procurement information sent to potential bidders - including the pre-qualification questionnaire (PQQ) - on 7 June.

Days later potential bidders were told that the total value of the contract had been revised up to £400m with an addendum to the original OJEU notice issued to this effect on 16 June.

The updated tender added that the £400m figure was “only an estimate of the potential fee available to the strategic business partner” and that “the final contract value may be higher than the estimate provided in this notice”.

The sudden move to massively increase the value of the job, which is one of the government’s largest outsourcing contracts and will see the successful bidder managing the DIO’s £3.3bn annual budget as well as the defence estate, worth nearly £20bn and comprising more than 4,000 sites, left potential bidders bemused.

Firms expected to bid for the job include Capita, which is teaming up with URS, Jacobs, Telereal Trillium, Bechtel, Serco and CH2M Hill, which are expected to form consortia with property and estate firms such as Jones Lang LaSalle, Land Securities and Savills.

A senior figure at one potential bidder, who did not want to be named, said officials “did not provide much in the way of an explanation” for the change in value of the contract, despite questions asked at a recent industry day hosted by the DIO.

“It’s a massive change and it completely changes the way you think about the job,” he said.

Another bidder, who also wanted to remain anonymous, said the DIO had yet to work out exactly what role they wanted the strategic business partner to play. “They don’t really quite know what they want yet. Is the role straight asset management? Or is it about rationalisation and transformation of the estate? They’re thinking it through as we go along - as is everyone else,” he said.

But another bidder said the move had come as the result of feedback from the market. “Put it this way: they were told that £100m was too low for what they were looking for,” he said.
A DIO spokesperson said the value of the contract was “revised upwards in the light of a better understanding of the possible cost reductions and opportunities for estate rationalisation that exist”.

“The contract value is designed to be largely incentive-based and represents the estimated total over 10 years,” he added.

But Labour’s shadow defence minister Alison Seabeck said the sudden change in contract value was an “indication of mistakes being made by acting in haste”.

She also attacked the DIO’s move to delay the award of up to £9bn worth on construction contracts.

“The uncertainty of the decision to push back to 2014 the majority of the construction contracts will damage confidence in the sector, including construction, their subcontractors and their workforce,” she said.

“There are also concerns that as jobs are cut in the DIO that there will be an issue about the capacity to manage the change coming forward.”