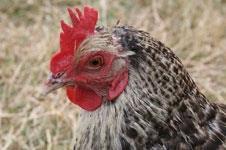 A major housing development planned by Stewart Milne to be built on the site of a working chicken farm has divided councillors in Portlethen near Aberdeen.

The poultry farm where Stewart Milne wants to build 55 houses, has been criticised by local residents as a result of the “horrendous” smell and the application was backed at a meeting of Kincardine and Mearns area committee yesterday.

Portlethen councillor Alastair Bews said: “There is very little doubt the removal of those chicken sheds would be very beneficial.

“The place is an eyesore and the smell coming from it can be pretty horrendous.”

But other councillors disagree. Stonehaven member Mike Sullivan said: "There is no reason why that chicken farm shouldn’t be demolished or sold and some sort of employment set up."

He added that the plans to build houses on the site go against council policy on building on employment land.

Historic Scotland has also expressed concerns over the site’s proximity to the 4,000-year-old Craighead stone circle.

Mearns councillor George Carr said he was supportive but worried it would be an “isolated enclave” from the rest of Portlethen.

The application was passed by a margin of seven votes to five yesterday.

The plans will now be deferred to a meeting of the infrastructure services committee for a final decision.