Firms working on the capital programme include Lendlease, Wates and McLaughlin & Harvey

The start of the Birmingham 2022 Commonwealth Games has been delayed by a day as a result of covid-19.

The 10-day event had been due to run from 27 July until 7 August 2022 but it has now been confirmed that the opening ceremony has been pushed back 24 hours to 28 July. 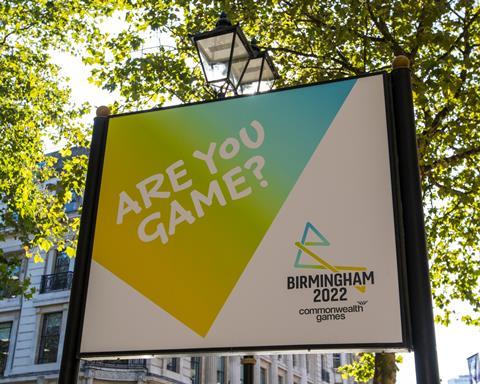 The opening ceremony will be held a day later than planned

In a statement, the event organisers said the delay has been caused by "significant impact to the international sporting calendar caused by covid-19".

The changes were made to avoid clashes with the World Athletics Championships, as well as the semi-finals of the UEFA Women’s Football Championships, which have been moved from 2021 to 2022 and are also being held in England.

The semi-finals are being held at Bramall Lane in Sheffield and Stadium MK in Milton Keynes.

John Crabtree, chair of Birmingham 2022, said: “The covid-19 pandemic has had a seismic impact on the international sporting calendar for the next couple of years.

“As well as this slight change to our dates, we are working on a detailed competition schedule for our 19 sports, looking at how we can maximise the recovery time for those athletes who will be looking to participate in more than one major event in two years’ time."

Firms working on the project were already under pressure on the capital programme with Birmingham only having four rather than the usual seven years to prepare for the event after replacing Durban in South Africa as the host city.

Wates will build Sandwell Aquatic Centre, which will host the swimming and diving events, Lendlease is behind the development of the athlete's village at Perry Barr, while McLaughlin & Harvey is redeveloping Alexander Stadium for both the opening and closing ceremonies and the athletics.

Consultants working on the programme include Mace and Arup.