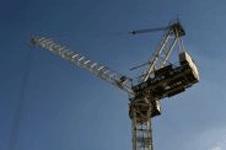 Singapore suffered its fifth crane accident of the year this week when a 50-tonne mobile crane toppled at a school construction site.

Work at the site was suspended following the accident, which happened at 1pm on Tuesday at Kent Ridge secondary school in the western part of the city.

Nobody was hurt but additional areas around the site have been cordoned off as a precaution, according to local press.

It is the latest in a series of crane collapses to hit the country. In February, three workers died and two were injured in an accident on a site at the National University of Singapore