Howard Smith to be responsible for maintenance on £15bn London railway 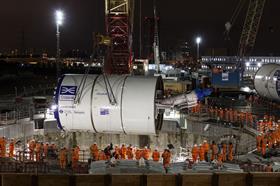 Crossrail has announced that former Transport for London boss Howard Smith is to become its new operations director.

Smith is currently chief operating officer for rail at TfL and has led projects including the £1bn East London Line extension project.

He will now be responsible for areas including Crossrail’s maintenance scheme.

“His knowledge of railway operations and the delivery of high-quality rail services in London and the southeast is unrivalled.”

Smith, who will join Crossrail on March 25, will report jointly to Wolstenholme and London Underground and Rail managing director Mike Brown.