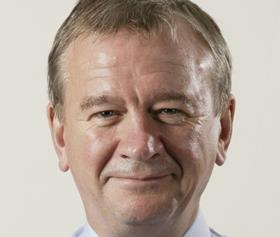 Crossrail chairman Terry Morgan has been awarded a knighthood in the Queen’s birthday honours list for services to UK infrastructure, skills and employment.

Sir Terry was appointed as chairman in 2009 and was also named chair of the HS2 College Governing Body in 2015. Last year, he was also appointed by the government to lead the development of a transport infrastructure skills strategy.

Transport secretary Patrick McLoughlin said: “As a former apprentice himself, Sir Terry has inspired a new generation of apprentices and encouraged more women and young people into this vital sector, whatever their background and aspirations.

“He has been both a leader to his peers across industry and a relentless champion for vocational skills. This honour is a well deserved recognition for many years of hard work.”

Others to be recognised included Serpentine Gallery director Julia Peyton-Jones who has been made a dame for services to the arts while Neil Thomas, founder of 2012 Olympics opening ceremony engineer Atelier One received an OBE.

Thomas, who established the structural engineering firm in 1989, received his award for services to architecture, design and engineering. He was named a fellow of the RIBA in 2014.

And Nilesh Sachdev, who is former property director of Sainsbury and an ex-member of the Green Construction Board, was awarded an MBE for services to energy efficiency and sustainability in the retail sector.