Crossrail directors picking up an average £200,000 a year, accounts reveal

The amount spent on the salaries of the directors running the budget-busting Crossrail scheme grew in the past year, its latest accounts have revealed.

In its latest report for the year ending 31 March 2018, Crossrail Ltd said it had spent £1.83m on the pay packets of nine directors. It also handed out a further £56,500 under long term incentive schemes. 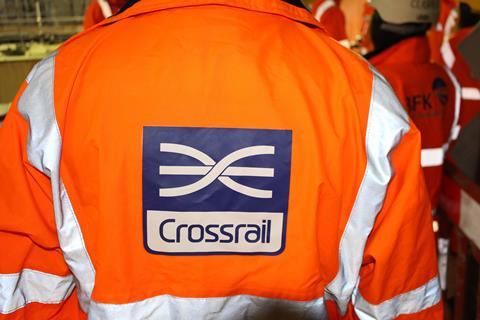 Last August Crossrail confirmed the line would not be ready to open in December. Three months later it announced it would cost up to another £2bn to complete.

And the figures show the average salary for staff at the business – excluding the wages of directors – went up 11% to almost £68,000 a year. The number of staff during the period fell from 596 to 499.

Among those to leave was former chief executive Andrew Wolstenholme who went at the end of March last year to take up a post at defence contractor BAE Systems.

Wolstenholme, who led the project for seven years, was handed a near £98,000 pay out for compensation for loss of office, the accounts said.

A Crossrail spokesperson told Building the payment was made because “his role [was] coming to an end” with Wolstenholme’s successor, Simon Wright, combining the chief executive post with his then existing role of programme director.

Wolstenholme was the highest paid director over the period, earning £736,157, including the pay out.

Wright left the business last November and has been replaced by Mark Wild amid a wider rejig of the senior team, which saw chairman Sir Terry Morgan leave the same month. Wild has since brought in Peter Henderson to take on the programme director role.

A spokesperson for Crossrail said: “Any bonus payments made to the Crossrail Limited senior leadership team in previous financial years was because performance criteria and project milestones had been met and delivered in those years.”