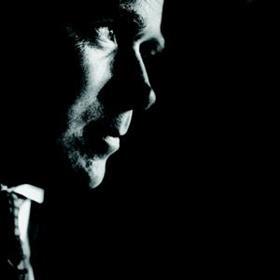 Plans for every station on the £15bn Crossrail project could yet have their designs reviewed by an independent panel, the boss of the project has said.

The move, revealed at a meeting of the London Assembly’s transport committee on Wednesday (5 February), came after Building first revealed in December that Crossrail had decided against using a dedicated design review panel set up by watchdog Cabe on the 27 outer London surface stations, after previously using such expert advice on its 10 new build underground stations in central London.

But on Wednesday Crossrail chief executive Andrew Wolstenholme (pictured) paved the way for a U-turn on that decision, saying there was “still an opportunity” for the 27 redeveloped surface stations on the line to be externally reviewed.

Quizzed by Labour assembly member Dr Onkar Sahota on why outer London stations should not be externally reviewed to “create parity” with their inner London counterparts, Wolstenholme said he cared “passionately” about the design quality of the project and said it would be a priority to ensure that there was an external design review process in place for the outer London surface stations.

“My first objective is to work with the local communities to make sure that we give them what they want,” he said.

“The second priority – and we have never said that we wouldn’t do this, and in fact a paper that went to the Crossrail board recently suggests that there is still an opportunity to bring in the appropriate external design review panel in order to make sure that … all 37 stations … have gone through that process.

“There will be a need – with a value for money question – to manage that process cost effectively, such that we get the eyes and the ears of the great architects and the review such as Cabe … making sure that we can put that stamp of approval [on the designs].

“This is only ever about working with the local communities first to get their solution and then providing the opportunity to put an external design review process on top of that.”

Wolstenholme added that he had recently visited two of the London boroughs which have raised design concerns - Hillingdon and Redbridge - in person to discuss the designs for their stations with their chief executives.

In recent weeks former Olympics minister Tessa Jowell MP and architect Richard Rogers have criticised Crossrail over its failure to commit to design review on the outer London surface stations, with Rogers warning the stations would not live up to the country’s “great railway heritage”.

Last month Building revealed that at least three London councils have employed their own architects to work on Crossrail designs in a bid to improve existing plans for stations and their surroundings.