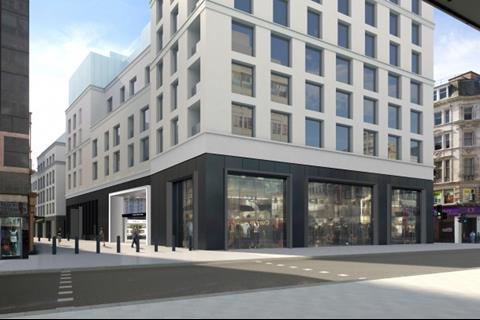 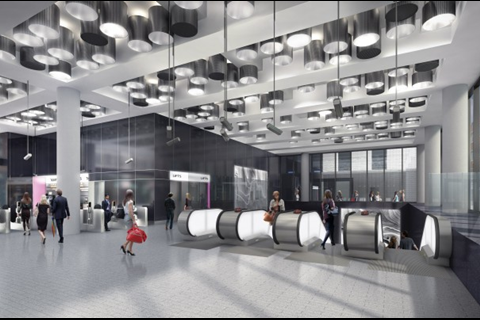 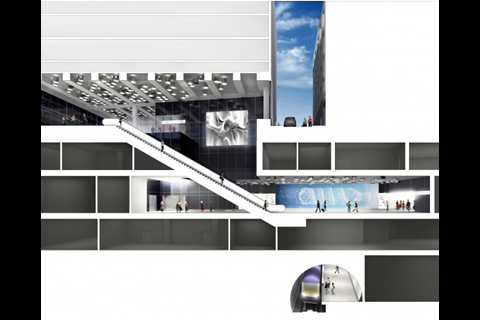 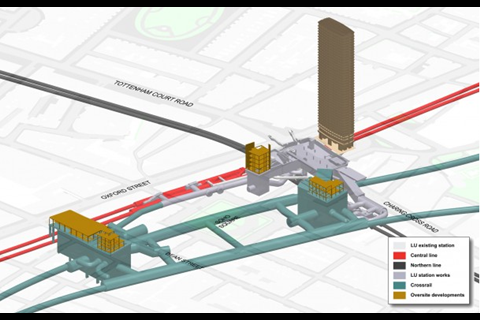 New designs for the £1bn construction of Tottenham Court Road’s Crossrail station have been released today.

The designs, which have been overhauled by architects Hawkins Brown to reduce cost in recent months, will see entrances to the station by Centrepoint and on Oxford Street and in Soho.

A planning application containing the designs will be submitted to Westminster shortly, with Crossrail anticipating go-ahead from planners before the end of the year. In addition Crossrail said that developer Derwent London was likely to submit plans by the end of the year for the redevelopment of the former Astoria site above the Crossrail entrance by Centrepoint.

The release confirms the government decision in the summer to go ahead with Crossrail after reviewing the project, a review which included looking at whether all the central stations were needed.

Crossrail chief executive Rob Holden, said: “The striking designs for Tottenham Court Road Crossrail station will soon become a reality as preparatory construction work is now underway ahead of the start of main works in 2011.

“A new Crossrail station combined with a major redevelopment of the existing Tube station will transform the Tottenham Court Road area and act as a catalyst for further investment securing the West End’s position as a premier shopping and entertainment destination and major employment centre.”

Kulveer Ranger, transport adviser to Boris Johnson, mayor of London, said: “Crossrail is more than just a transport project as these designs prove. As well as being a fantastic feat of subterranean engineering, the new station will transform the look and feel of the public realm surrounding the Tottenham Court Road end of Oxford Street.”