Crossrail station integration work to drag on until mid-2020

Scheme's boss Mark Wild made comments at TfL board meeting

Crossrail boss Mark Wild has said work to integrate the scheme’s central London stations will carry on until halfway through next year.

Speaking at a meeting of the Transport for London board, Wild, who became Crossrail chief executive last November, said the complicated task of hooking up all the systems at the stations would not be finished until mid-2020. 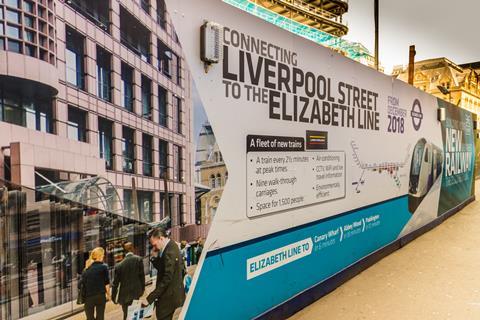 Documents published ahead of the meeting revealed Crossrail expected the remaining fit-out and systems installation in the stations and tunnels would be completed this year.

But Wild said Crossrail will still be working on the jobs next summer – just three months before the scheme's earliest projected opening date.

He said: "It will take us to the middle of 2020 to finish the stations. The hooking up of millions of assets in a safety critical environment is actually quite a major task."

This completion plan does not include Bond Street, which Wild and Crossrail chairman Tony Meggs have conceded will not open in line with the rest of the scheme.

Speaking at the Public Accounts Committee last week, Wild confirmed the design of Bond Street station, which is being built by a Costain/Skanska joint venture, will not be finalised for at least another four months.

Wild yesterday again laid bare the extent of work that still needs to be carried out, telling the TfL board, which is chaired by London mayor Sadiq Khan, that there are still 250,000 tasks to be completed on the scheme.

“We have a quarter of a million tasks still to do on Crossrail and all of them are immensely complex.”