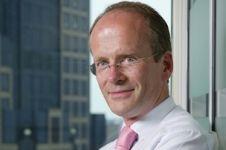 Consultant Currie & Brown has re-structured its senior management team in a bid to boost its presence in the US.

David Burns, former executive director for the South, has been appointed chief executive officer of the group’s American operations and will be based in Princeton, New Jersey. Euan McEwan, the group chief executive, will join him in the states for the next few months as the firm focuses on increasing its north American presence. Andrew Loudon, currently executive director for the North, becomes chief operating officer for Currie & Brown UK.

McEwan said: “We are delighted to announce both of these appointments in two key territories for Currie & Brown.

“The group is a truly global business with important operations in the UK, US, Middle East, Latin America, continental Europe, India and Japan. We believe that a large part of global economic recovery will come in the United States, partly because of the sheer scale of the American economy, and we intend to be in a strong position to take advantage of that.”