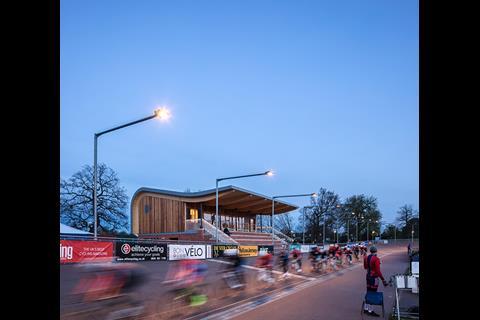 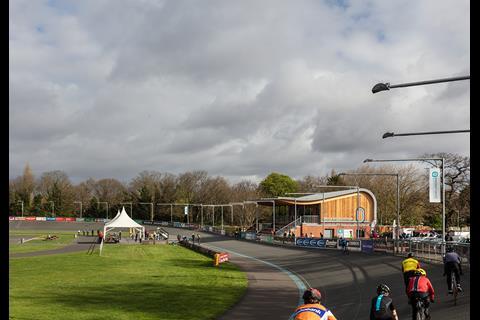 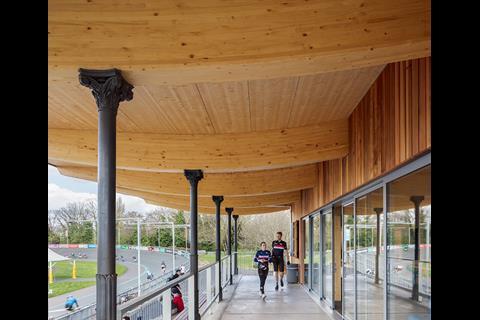 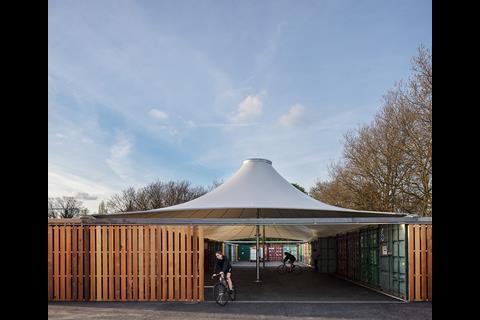 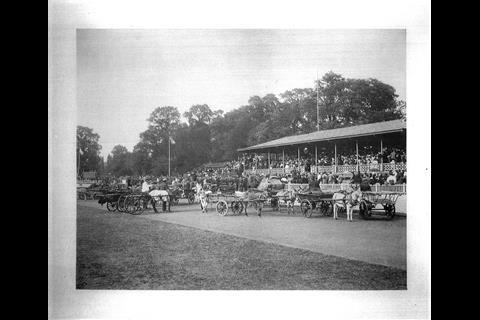 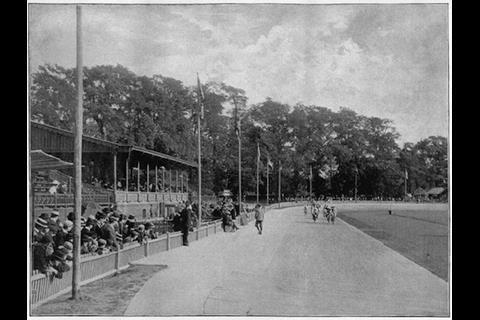 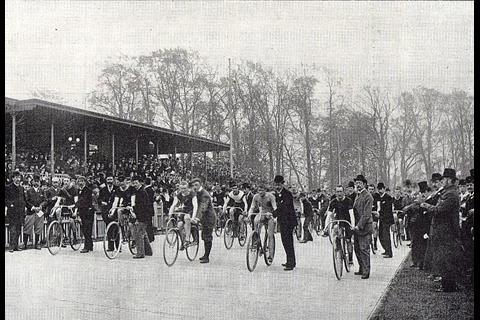 Hopkins Architects has announced the completion of its £1.75m new pavilion at Herne Hill Velodrome in south London.

The structure, designed by members of the team responsible for Hopkins’ 2012 Velodrome – built for the last London Olympics, replaces a Victorian pavilion that had fallen into disrepair at the Herne Hill track.

Hopkins Architects senior partner Mike Taylor said there was a strong link between Herne Hill, which hosted cycling events for the 1948 London Olympics, and the 2012 Velodrome, also known as Lee Valley VeloPark.

“Having been fortunate enough to have had a hand in delivering the 2012 Velodrome we wanted to help ensure the continued success of London’s already famous historic track at Herne Hill,” he said.

“The combination of these two very different venues provides a great synergy for track cycling in London.”

The new pavilion at Herne Hill is part of a wider package of upgrade work that has included the installation of new floodlighting, the resurfacing of the main 450m track and the creation of a shorter junior track.

From 1903 to 2014 the Herne Hill Velodrome hosted the Good Friday Meeting, one of British cycling’s premier events that attracts world-class riders. The event now takes place at the 2012 Velodrome.