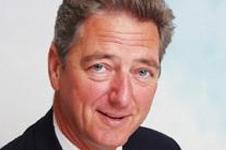 Consultant Cyril Sweett has begun redundancy talks with an unspecified number of its 900 staff.

After announcing strong results for the six months to 30 September 2008, the company said it needed to reshape the business to match the order book.

Dean Webster, chief executive, said the final number of redundancies depended on how many staff were prepared to move overseas or into its public sector divisions.

He said: “It would be unrealistic to say some redundancies won’t be necessary but we are telling people they need to be as flexible as possible.”

Webster said the company has moved about 20 people from private to public sector work in the last year while its Middle East division has grown from 20 to 70 people.

The turnover contribution of public sector work has grown from 42% to 58% compared to the same period in 2007.

Cyril Sweett ended the period with net debt of £200,000 and £7m in unused debt facilities and Webster did not rule out further acquisitions next year.

He said: “We will look for acquisitions overseas to increase our geographical spread and in the UK we will wait for good opportunities as the downturn continues.”