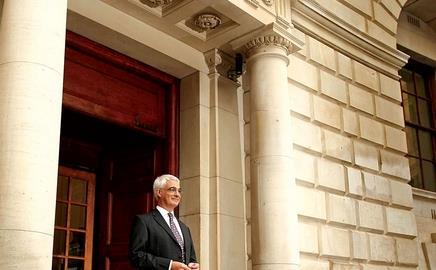 The government has been warned that it risks squandering billions of pounds of investment in schools and hospitals unless it sets out a spending timetable.

Allan Wilén, economics director at the Construction Products Association, welcomed this investment, adding: “What we’re keen to see now are targets and programmes for the increase.”

Stephen Ratcliffe, chief executive of the Construction Federation, echoed this, saying: “We want a clear timeline of work programmes and when deals are going to be closed.”

Paul Foster, head of local government and education at EC Harris, warned that the model for the secondary schools sector was “potentially flawed” as it did not take into account high levels of construction-price inflation.

In other announcements, funding for flood and coastal erosion risk management will rise from £600m to £800m.

The government also outlined its contribution to the Olympics. The 2012 Games will cost £9.3bn, of which £6bn will come from the government. Of this, £3.6bn will be spent by April 2011, with government investment peaking at £1.6bn in the next financial year.

The Treasury has also set itself a legal requirement to deliver Gordon Brown’s pledge to spend £8bn on ensuring 3 million homes are built by 2020. It has promised to “increase long-term housing supply and affordability” by raising housing output to 240,000 homes a year by 2016.

Darling also announced the withdrawal of the National Insurance exemption relating to holiday pay for employees. The construction industry has been given a transitional period until 30 October 2012 to change.

A spokesperson for accountant Grant Thornton called it a “blow”, and Ucatt called it “potentially disastrous” and said it feared many companies would opt for bogus self-employment to avoid national insurance payments.

We want a clear timeline of work programmes and deals