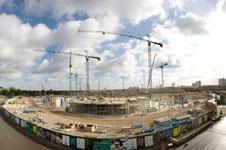 David Ross, the disgraced Carphone Warehouse founder, is to resign as London mayor Boris Johnson's adviser on the Olympics budget.

Olympics minister Tessa Jowell told a select committee hearing this morning that Ross had emailed her and Boris Johnson to "tender his resignation". Ross was the mayor's financial adviser on the Olympics and held a seat on LOCOG, the organising committee for the Games.

Ross resigned abruptly from the board of the Carphone Warehouse, the company he founded, yesterday after it emerged he had broken City rules by secretly mortgaging his £157m stake in the mobile phone retailer to support struggling commercial property investments.