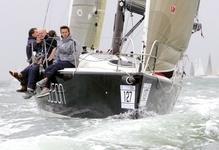 Dean & Dyball has won the contract to build the Olympic sailing facilities at Weymouth and Portland.

The Hampshire-based contractor beat off competition from Carillion, Edmund Nuttall, Birse and Raymond Brown to win the contract.

The works are to upgrade sailing facilities on the Dorset coast for the Games in 2012. The programme will include the construction of a permanent 150m slipway, a raceboat parking area and lifting facilities, moorings and a wave protection structure. The designer for the scheme is Hyder Consulting.

Dean & Dyball built existing facilities for Weymouth and Portland’s sailing academy in 2004. Work on the Olympic extensions are due to start on site in the spring.

Construction is expected to finish by the end of the year, making the sailing facilities one of the first completed venues for the 2012 Olympic Games.