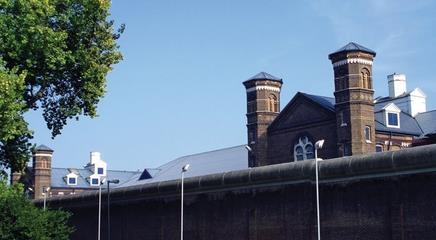 The teams bidding to build Featherstone prison in Wolverhampton, which are understood to include Kier, Wates and Interserve, were expecting a winner to be announced this month. They have now been told that the appointment is likely to be made in April.

Some sources close to the scheme said the bids were lower than the government had expected, and this created the possibility of including another housing block. The government is understood to be delaying the announcement of a winner until it decides on this question.

One source said: “It’s making up its mind on whether to have two or three housing buildings. It was pretty much laid down, but then the Treasury got involved.”

The Ministry of Justice (MoJ) argues that an extra block would increase capacity from 1,140 to 1,600, taking the prison closer to the size of the three 2,500-person Titan prisons planned for 2014.

Meanwhile, PFI prison schemes at Belmarsh in Greenwich, and Maghull in Merseyside, which are together worth about £160m, are also understood to be behind schedule. Winners for these schemes were to be announced in early February; they are now to be made in the next fortnight.

It was pretty much laid down, but then the Treasury got involved

A £200m scheme at Magilligan in Northern Ireland is thought to be running six months late. The invitation to tender for that was due in December, but is now unlikely to happen before June.

In its business plan to 2011, published on 4 February, the National Offender Management Service reiterated its commitment to increase capacity to 96,000 by 2014.

The delay in the prisons programme has created unease across the industry, at a time when many are looking to public sector work to maintain them through the recession. One consultant said: “We’re getting frustrated. It isn’t the best of times and we have got provisional plans in place for this work.”

The team working on the Titan programme is understood to have been beefed up with senior civil servants poached from the Corston review into female prisoners.

The MoJ said a decision on Featherstone would be made “as soon as possible”.