Demolition firm heads into the red despite soaring turnover 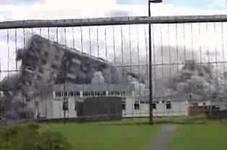 Demolition contractor John F Hunt fell £381,000 into the red in 2008 but insisted the company was well-placed to survive the recession.

The pre-tax loss last year compared with a profit of £1.9m in the previous year.

Administrative expenses of £3.9m were blamed for loss, but the group did not reveal what the sum related to.

The statement said: “The group is now operating at a level of turnover that is sufficient to cover overheads and generate a suitable level of operating and net profit.”

It added: “The directors consider trading prospects to be satisfactory for the immediate future after due consideration has been given to the challenging current market in which the group operates and also the condition of the general UK economy, and after taking appropriate steps to ensure that the group remains competitive in an ever demanding environment.”

It ended the year with net debt of £4.6m, down from £7m the previous year.