Department not using project bank accounts at all on education framework, FOI reveals

Project bank accounts are not being used on any education project procured using the Department for Education’s construction framework, a freedom of information (FOI) request has revealed.

In July 2012 the Cabinet Office published guidance saying the government construction board had decided in 2009 that all central government departments, their agencies and non-departmental bodies “move to a position where project bank accounts are adopted unless there are compelling reasons not to do so”. 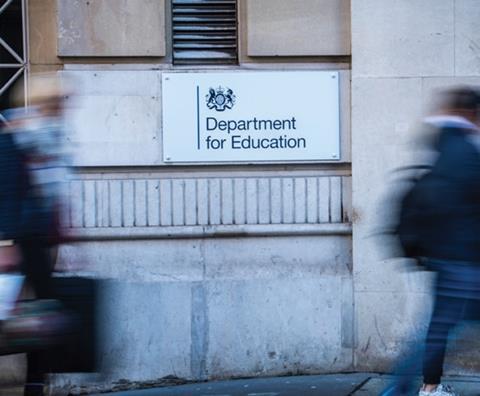 The FOI, which was carried out by chief executive of trade body Specialist Engineering Contractors’ Group Rudi Klein, has revealed that none of the 114 projects let under the Department for Education’s (DfE) construction framework used project bank accounts to guarantee prompt payment of suppliers.

Speaking to Building, Klein said: “Regulation 113 of the 2015 public contracts regulations says that all public bodies in England and UK government departments have to require 30-day payment clauses in their contracts and subcontracts to tier three.

“This is the law but public bodies like the Education and Skills Funding Agency aren’t complying with it. We want government to carry out an investigation into the extent of non-compliance with the law. Widespread non-compliance is wholly unacceptable.”

Klein said the group had FOI’d the department because it had a reputation for dragging its feet on procurement reform.

But in a statement, the DfE said: “We conducted a trial on the use of project bank accounts and agreed with contractors and subcontractors that they are currently unsuitable for our projects. Our position is being kept under review.”

The FOI request did reveal the DfE had the ability to suspend a framework partner from competing for new work if they were found to be a consistently poor payer.

The DfE said: “In the event a contractor is found to regularly fail to pay its supply chain within 30 days, then the DfE has provisions within its framework agreement to suspend a contractor from participating in local competitions under the framework.”

The DfE also provided data on the average time it took to pay its tier one suppliers, with Morgan Sindall – at 19 days – the firm having to wait the longest for its cash.

Klein said the government should make the use of project bank accounts on public sector jobs a legal requirement.