Derwent rakes in more than £120m on Chancery Lane sale

Developer Derwent London has sold its 40 Chancery Lane building in the heart of London’s legal district to German property firm Deka for £121.3m. 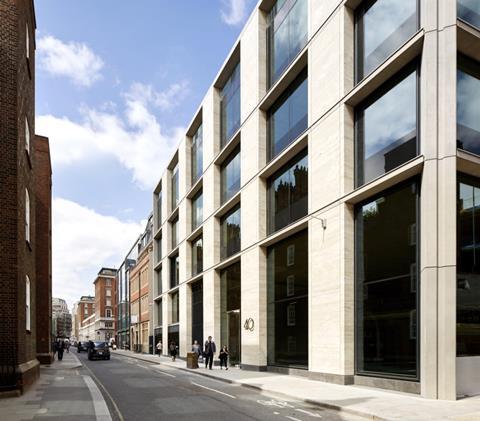 The City of London development, constructed by Morgan Sindall, was originally due to finish in 2014 but the completion date slipped to the following year.

The scheme won RIBA London and RIBA National awards in 2017.

Derwent chief executive Paul Williams said: “The proceeds [of the sale] will be reinvested into our substantial development programme as well as providing more headroom for new acquisitions and future pipeline projects.”