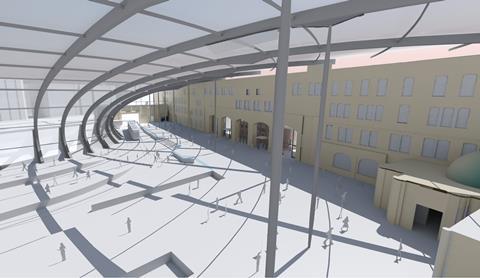 The plans include a new transparent roof made of ETFE – the same material used on the Eden Project.

The revamp will also includes refurbishment and renewal of the grade II listed station building.

The project will be funded by Network Rail and Transport for Greater Manchester as part of a £700 million package of improvements to the rail infrastructure of the North-west.

A public consultation on the Victoria Station plans is expected to be held in the autumn before a listed building application is submitted to the city council this winter. Construction could begin in summer 2013 with completion by the end of 2014.

Graham Botham, programme sponsor at Network Rail, said: “This is great news for passengers at Victoria. The numbers of people using the station could double by 2019, with faster, more frequent trains eventually to Leeds and Liverpool as part of the Northern Hub plans, so we need a station that reflects Manchester’s vibrant city centre.

“We have been working closely with the city council and English Heritage to resolve any planning issues resulting from the station’s listed status.”