Details of Interserve’s plan for administration have been revealed, as the stricken firm confirmed just before 6pm this evening that EY had been appointed to act as its administrators.

Hunter Kelly and Alan Hudson from EY were appointed as joint administrators after 60% of the firm's shareholders voted against Interserve management’s rescue deal earlier today, triggering a pre-pack administration. 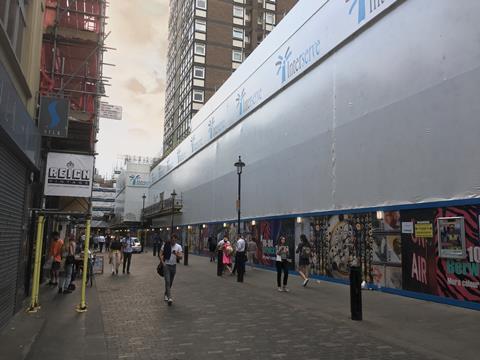 The administrators said: "The company has been suffering from much publicised issues from losses on certain legacy construction contracts, in particular in the energy from waste sector. It has also had difficulties collecting monies due in the Middle East as well as securing new work due to its heavily indebted balance sheet.

"Following the vote by the shareholders, the directors of Interserve Plc held a board meeting and, as a result of its insolvency, took the necessary steps to place Interserve Plc into an administration process."

"It was agreed that if this was to be the outcome that the best way to avoid substantial loss was to appoint administrators to Interserve Plc and for the administrators to conduct a sale of its business and substantially all of its assets to a specially formed company – Montana 1 Limited, which will shortly be renamed and will trade as Interserve Group Limited."

Kelly said Interserve's business and all its assets had been sold to Montana 1 Limited as it had access to the additional £110m of liquidity that was required and could implement a debt for equity proposal. He said the move was backed by lenders, performance bond providers and pension schemes.

Earlier, chairman Glyn Barker said that without shareholders backing its proposal the firm would run out of money and would be forced to go into administration.

Debbie White, now chief executive at the renamed Interserve Group Limited, said: "With a stronger financial platform in place, Interserve will be able to concentrate on delivering value for our customers. The group's transformation programme will continue, focused on improving our value propositions for customers, standardising our operational delivery, making Interserve simpler and more efficient through our Fit for Growth initiatives, and embedding a culture of ownership and openness throughout the group."

Interserve said that trading in its shares on the London Stock Exchange will be cancelled from 8am on Monday.

Meanwhile Interserve has moved to reassure its employees, with the company tweeting out a hotline number that can be used by staff, customers and suppliers.

The contractor said: "If you’re an Interserve employee, we want to reassure you that it’s business as usual. Turn up for work as normal, you’ll be paid as usual. If you’ve got any questions, please call our employee hotline 0333 207 4180.