Work on the development will start in early 2019 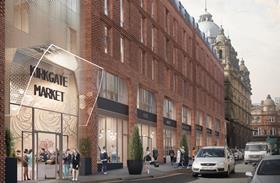 Town Centre Securities (TCS) has been selected by Leeds City Council to develop a major new scheme worth £20m.

Work on the site on George Street in the city centre is due to start in the first quarter of 2019 with completion scheduled for 2020.

There will also be nine ground-floor units for a range of commercial uses, including shops, cafes, restaurants and bars.

It will be undertaken as a partnership between TCS and Leeds City Council, with the latter assuming 50% ownership of the completed development. The overall investment by the council is estimated to be £12.9m.

TCS, which is also headquartered in Leeds, has a portfolio valued at over £380m. It owns properties in the city, as well as London, Edinburgh and Glasgow, primarily consisting of retail, offices and car parks.