Consultation on Treasury proposals to run until July

The Treasury has outlined the first details of its plan for a £2bn developer tax designed to raise funds to pay for the replacement of defective cladding on high rise properties.

It has issued a consultation, which runs until 22 July, on the design of the tax, which was first announced in February as part of a package of measures designed to help leaseholders with the cost of fire safety improvements to towers with defective cladding. 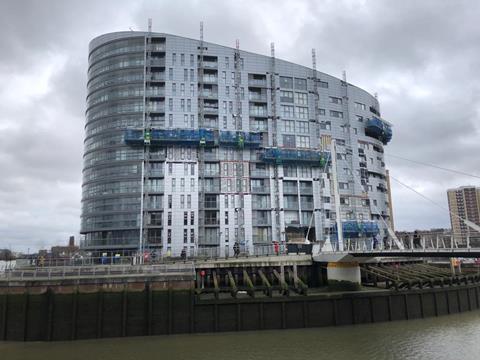 The government is proposing the tax will take the form of a levy on developer profits from UK residential development but only on firms recording “in-scope” profits of more than £25m per year.

The Treasury said the tax will run for a decade from 2022, be set up to raise £2bn, and added it will apply to money made from conversion as well as new build projects.

But it has still not said the rate at which the tax, which will be UK-wide, will be set.

The tax is being introduced to part fund a £5bn package which the government has said will fully fund the cost of replacing unsafe cladding for all leaseholders in residential buildings 18 metres and over in England.

However, affected residents and landlords have complained that the funding does not cover buildings lower in height than 18 metres, many of which have been caught up in the cladding crisis, and does not cover any fire safety issues other than cladding.

The cost of fire safety works to buildings affected by safety issues in the wake of the Grenfell fire has been estimated at £15bn.

The developer tax is just one of two money-raising schemes proposed by the government. It is also planning to bring in a “gateway 2 levy” on developers building new high-rise buildings, at the point at which they seek permission for them.

This week the government has been severely criticised after forcing through legislation which critics say will have the effect of putting the financial responsibility for paying for fire safety measures on the leasehold owners of affected flats, despite efforts by MPs and peers to amend the bill to exempt leaseholders.