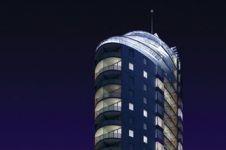 Devereux Architects crashed £1.9m into the red in 2011 its latest set of accounts reveal.

In the accounts director Darius Umrigar said the “ongoing downturn in market conditions” led to the losses for the year.

He said the company’s main economic risks were ongoing reduced availability of credit and decreases in public sector capital spending. Plus, he added there was a downward pressure on pricing.

Despite the losses only three of the eight listed directors waived their right to remuneration, down from four in 2010 when the firm was still in profit.