Deyaar puts 25% of schemes on hold 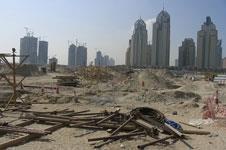 Dubai developer Deyaar is putting a quarter of its projects on hold because of the global downturn.

The company did not say how many projects this would amount to, adding: “The company will hold back the entire 25% of the portfolio that is unannounced and not released for sale.”

Deyaar said projects that had been launched and sold would go ahead as planned.