Pair banned for a total of 14 years 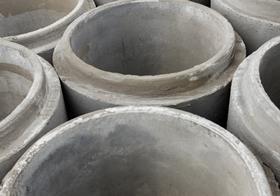 The competitions regulator has banned two former directors at a concrete firm which fixed prices for seven years.

CPM Group took part in a cartel which secretly co-ordinated on prices and divvied out the market for certain pre-cast concrete drainage products, according to the Competitions and Markets Authority (CMA).

Now two former CPM bosses have been barred from holding any managerial positions at a company for 14 years between them – while the CMA said investigations are ongoing into other directors.

Philip Stacey and Robert Smillie both worked at Somerset-based CPM throughout the period of price fixing it and another firm, Derbyshire firm Stanton Bonna, which has also admitted to taking part in the cartel, carried out.

A third firm FP McCann is currently being investigated but the CMA said “no assumption should be made that it has infringed the law”. The CMA said its fines for CPM and Stanton Bonna will be decided once it has wrapped up its investigation.

The CMA said it has secured legally binding undertakings from the former directors, which disqualify them as directors and prevent them from being involved in the management of any company based in England, Scotland and Wales.