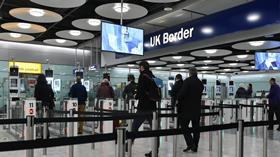 The latest EU migration figures are “deeply worrying,” according to the Federation of Master Builders (FMB).

The Office for National Statistics revealed EU net migration is at its lowest since 2012, with around 88,000 more EU citizens coming to the UK than leaving in the year ending March 2018.

The quarterly report said the number of EU citizens coming to work in the UK has continued to decrease, with a particular dip among those migrating to start a job they have already obtained.

Director of external affairs at the FMB, Sarah McMonagle, said: “This is deeply worrying for those sectors that rely on workers from the EU. At present 9% of our construction workers are from the EU and therefore we are more reliant than most on EU workers.

She added: “If the Government wants its new homes and infrastructure projects built, it needs to do more to back up our industry’s message to all EU workers – they are welcome and they do have a bright future here in the UK.”