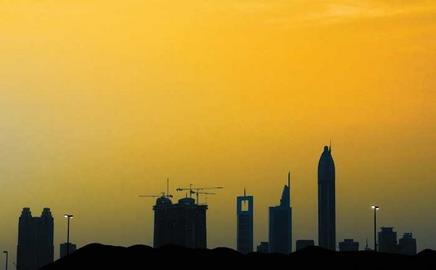 This week’s $10bn (£6.2bn) bailout by Abu Dhabi of beleaguered developer Dubai World is unlikely to mean that UK creditors are paid quickly, according to UK construction industry leaders.

On Monday, the debt-stricken government of Dubai said repayment of contractors in the region was a priority and it would begin talks with creditors shortly. UK firms are thought still to be chasing at least £250m across the UAE.

Philip Youell, the chief executive of EC Harris, which has already written off millions of pounds, said the news was positive but “not the answer”. He said: “Clients are not going to suddenly start paying out. What we are looking at is further evidence that the Dubai government’s promise to repay its debts may be possible, at least in parts.”

Another consultant added that lengthy battles to hammer out deals with clients were likely. He said: “Given that the general message is that anyone who goes to court won’t get anything, it’s a question of working with your clients until you get to a point where there is an acceptable agreement.”

Abu Dhabi’s intervention ended three weeks of market turmoil, triggered when state-owned developer Dubai World asked creditors for an extension on repayments. About $4.1bn of the money was to be used to settle a bond due to be repaid by Nakheel, a Dubai World subsidiary, and the rest for interest payments, working capital and debt repayments. The move led to share price rises across the globe.

The move came as WSP confirmed that it was still owed £15m by Dubai clients. Mouchel, Hyder, Atkins and Scott Wilson are all chasing millions.

However, exact details of the Abu Dhabi deal and repayment plans remained concealed.

The corporation still owes bank creditors about $22bn. Talks with banks are due to start next week.

Speaking from Dubai, Simon Harden, director of Waterman International, said: “As with the whole affair in Dubai in the past 12 months, it’s hard to know exactly what the situation is. Until we see what happens, we won’t know what level of support has really been given.”

The Association for Consultancy and Engineering, which has been campaigning on the issue, urged firms to be more cautious in future. Nelson Ogunshakin, its chief executive, said: “It’s about understanding the ownership structure and the payment regimes before you rush overseas. People can then build that into their cost model. Working with a company that’s perceived to be sovereign-guaranteed doesn't guarantee anything.” He also advised firms that were new to the market to join up with more experienced players.

What the government has said