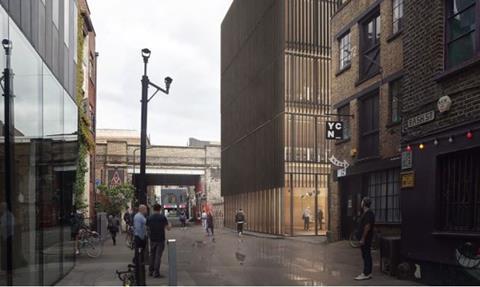 How Waugh Thistleton’s proposal will look

East London firm Mid Group is being tipped to land a deal to build a six-storey office building in London’s Shoreditch, Building understands.

ISG had been expected to start work replacing the Black and White building on Rivington Street at the end of August but failed to agree a price with developer The Office Group.

Now Barking-based Mid Group, which last year had a turnover of £34m and made a pre-tax profit of £521,000, is expected to take control of the existing site later this month.

The current building is a former warehouse used for drying timber, which was refurbished in 2013 under plans drawn up by Buckley Gray Yeoman.

The architect designed an initial concept for the replacement building but was later swapped for CLT specialist Waugh Thistleton Architects.

The new building will feature cross-laminated and glue-laminated beams as a reference to the site’s history.

Cost consultant on the job is Gardiner & Theobald, while Eckersley O’Callaghan is the structural engineer and façade engineer. 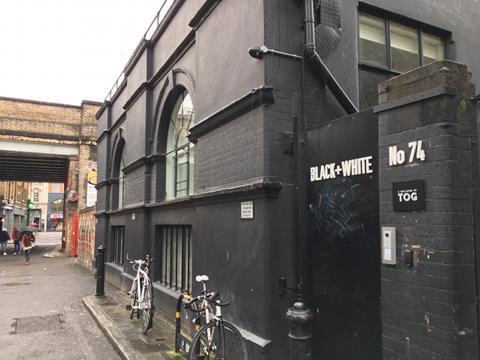 The Black and White building has been empty since August