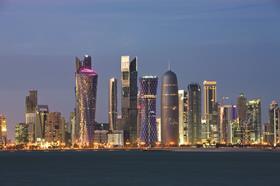 EC Harris has won a role on the construction of a £6.3bn metro system for the Qatari capital Doha.

It is understood the consultant will provide commercial risk management on the planned £1.5bn “red” metro line, as part of a project management team led by US-based Jacobs Engineering.

US firm Louis Berger and France’s Egis Rail will manage the construction of the “gold” line and two major stations, while Hill International will project manage the “green” line.

Building revealed in May that a number of other UK consultants - including Hyder, Mott MacDonald and UK-supported teams from Ramboll and URS - are also in the running for work on the Doha scheme. All four engineers are attached to contractor-led consortia that have been shortlisted for the work.

The Qatari government is fast-tracking the metro system in preparation to host the 2022 World Cup. Once completed, the 300km-long metro will include 80 stations and link major locations including Doha airport and the competition’s football venues.

EC Harris is also part of the CH2M Hill-led consortium that is leading construction for the World Cup in Doha, as well as a £72m joint venture with Mace to deliver infrastructure improvements for public works authority Ashghal.