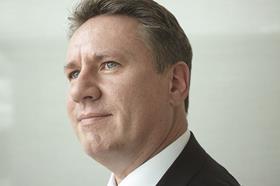 The 104-year-old EC Harris brand will be dropped from today in a major re-branding exercise by the consultant’s Dutch parent Arcadis.

The move will also see the disappearance of the Hyder brand in order that virtually all of the businesses owned by the 28,000 strong consultant and engineer consolidate under the Arcadis name globally.

The only Arcadis brand to escape the consolidation will be the two architectural firms owned by the group, Callison and RTKL, which will be brought together to create CallisonRTKL, reflecting the different dynamic in the market for architectural services.

The move means the end of one of the most historic names in UK construction consultancy in EC Harris, and with the Hyder change, the loss of a separate identity for a firm which claims an engineering heritage that goes back over 200 years, albeit not mostly under the Hyder brand.

Alan Brookes, chief executive of Arcadis in the UK, said that the change had come after the firm decided it wanted to go to market globally as one brand, with the firm increasingly winning work by offering a mix of services from different brands within the business.

Brookes said the decision was the response to an increasingly globalised market, and insisted it wasn’t throwing away its heritage. “Even our local clients are asking for us to bring global know-how to their jobs,” he said. “This just demonstrates that. We’re not throwing away our heritage, we’re building on it to offer our customers something greater.”

Cost consultant and project manager EC Harris merged with Arcadis in 2011, while engineer Hyder was taken over by the Dutch business in 2014.

Arcadis, which is particularly known for engineering work that helps manage the natural environment, now operates in 70 countries around the world turning over more than €2.5bn annually, and will adopt the tag-line “Design & Consultancy for natural and built assets.” It was ranked fourth largest construction consultant overall in the UK in Building Top 150 tables last week, and was named the UK’s biggest QS and project manager.

Brookes said the name change reflected that while many of EC Harris’s and Hyder’s clients wanted reassurance that the firms would still offer the same services with the same staff as prior to joining Arcadis, others were asking what other services they could now offer. He added that it also reflected the increasingly integrated way the businesses were working together. He said: “This demand for innovation is becoming a real feature for all clients. The feedback is that they’re entirely comfortable with the change.”

Brookes said that Arcadis had already won significant jobs since the acquisition of Hyder through combining its services with those offered by EC Harris, such as work on Crossrail 2 and the £1bn M4 Corridor project.

The disappearance of the historic EC Harris brand follows the jettisoning by its biggest QS rival of the Davis Langdon name following its acquisition by Aecom in 2010. The loss of the Hyder brand sees its go the same way as other long held British engineering names Halcrow and Scott Wilson, after those firms were purchased during the recession by CH2M Hill and URS respectively.

History behind the brands

Arcadis
Arcadis has its roots in an association for wasteland redevelopment founded in 1888, then called Nederlandsche Heidemaatschappij. The company only began exporting in 1959, first to developing countries and then began a process of European expansion in 1990. The firm entered the US via a merger with Geraghty & Miller in 1993. In 1995 the company listed on the Amsterdam Stock Exchange (now NYSE Euronext) and in October 1997 changed its name from Heidemij to Arcadis.

EC Harris
Edward Charles Harris founded EC Harris as a multi-industry consultancy in 1911. Milestones down the years have included the founding of Europe’s first facilities management consultancy services in 1986, and the launch of full life-cycle capital project and facilities consultancy in 1996. In 2003 EC Harris became a limited liability partnership (LLP), before being taken over by Arcadis in November 2011.

Hyder
The firm can trace its roots to three engineering consultants - John Taylor & Sons( origins from 1739), Freeman Fox & Partners (founded in 1857) and Sir Bruce White Wolfe Barry and Partners (origins from 1856). The first two practises merged in 1987 becoming Acer Group, with Sir Bruce White Wolfe Barry and Partners joining the Group in 1991. The company and another consultant, Wallace Evans, were acquired by Welsh Water in 1993 and renamed Hyder Consulting in 1996. The firm was subsequently bought by Western Power Distribution, which led to the senior management instigating a management buy-out, completed in January 2001. The firm listed on the London stock exchange in October 2002, before being acquired by Arcadis in October 2014.