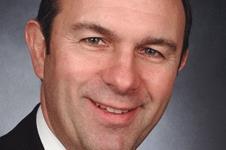 Consultant eyes acquisitions in China, US and UK to fuel $1bn-turnover ambition

EC Harris has outlined plans to become a $1bn-turnover consultancy in an ambitious move that would more than double its size.

The consultant, which has a turnover of £306m ($474m) will set out detailed growth plans in a partners conference in April. David Sparrow, a board member and global head of client solutions, said: “We haven’t put a definite time frame in place for this but we’re probably looking at about four years, subject to market variations.”

Sparrow said the firm would aim for £60m-turnover growth in its next business year, beginning in May, and would make acquisitions as part of the plan.

He said the firm had a shortlist of three potential targets in China in property-related sectors, and is also considering a deal in the US oil and gas sector. He said that, in the UK, the firm expects to carry out “small-scale takeovers” in niche markets after the next six months.

Sparrow said: “We have a strong balance sheet and we think that in the UK there will be distressed sales.”

Sparrow also insisted that despite interest in UK firms from US consultants, EC Harris was not looking to sell. He said:

“We have not been approached by any US firm. If somebody came in with a ridiculous offer for the firm we’d put it to the partners, but that isn’t in our plans.”

The company, which employs 3,400 staff worldwide, said it now has 173 international vacancies which it is looking to fill to support its expansion.

EC Harris has filled 125 positions in the last six months, including 99 new appointments to the company and 26 internal moves. Seventeen partners have been created since May.

For the latest QS jobs and for career advice visit Building4Jobs.