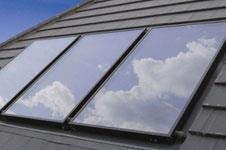 Housing minister re-commits to 10,000-home target as the four sites get grant for 600 green dwellings

The sites for the government's four proposed eco-towns have been given £60m in government cash to build up to 600 show homes to high environmental standards.

Housing minister John Healey also re-committed the government to getting 10,000 homes built on the four sites by 2016. Last year he selected four sites to be the locations for the new eco towns - Whitehill-Bordon in Hampshire, St Austell in Cornwall, Rackheath in Norfolk and North West Bicester in Oxfordshire.

The 600 show homes will be built “in and around” the four sites to house 2,000 people, with a third of them being affordable. The communities department said the scheme could create 2,000 construction jobs.

The homes will contain smart meters to track energy use, electric car charging points, and systems for saving water and recycling or composting waste. The funding will be put into improving existing transport links, including rapid routes for buses, green travel hubs and facilities for electric cars and bikes, and community-wide renewables power stations.

Funding will also be used to boost the energy efficiency of existing schools, with a new low carbon sixth form for the Cooper School in Bicester and retrofitting of primary schools and libraries in Whitehill-Bordon planned.

The move follows a story in Building last year that the government was considering building a 100-home prototype in an eco-town site in an attempt to rescue the programme.

Healey said "This is the start of the country's biggest ever eco-home building programme. As a first step, 600 will be built in these four areas – most will be for sale but some will be permanent eco-show homes. This means people will be able to experience green living for themselves and see how it can change their lives and save money.

"Local workers, including apprentices, will help build these pioneering homes and other projects. This will arm them with the new skills in green construction, giving them a head start on their career paths."

The communities department said 100 of the 600 would be kept as show homes, with the rest to be sold or used as affordable housing.