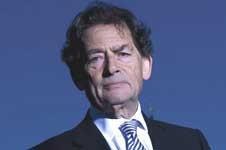 There’s scores of session at the Earl’s Court sustainability exhibition and conference. We pick five debates worth catching at the Ecobuild Arena

A wide range of views will be voiced at the Ecobuild Arena, which takes place from Tuesday 2 to Thursday 5 March. These range from industry experts on sustainable design and construction to politicians, authors, environmentalists, economists and historians. We select five must-see sessions:

Can we create a low carbon future with more people? A debate that will include former deputy leader of the Labour Party Roy Hattersley, chairman of MigrationWatch UK Sir Andrew Green and scientist John Guillebaud 3 March 1.30pm

Do green buildings have to be ugly?

The economics of sustainability

Global warming sceptic and former Chancellor Lord Nigel Lawson is one of three speakers on how the environment and economics relate. 5 March 11.15am