Exclusive: Firms face uncertainty as retendering for one of the largest public sector frameworks for consultants delayed 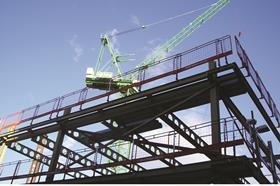 The tender for one of the largest public sector frameworks for consultants has been delayed by up to eight months, prompting fears of a dip in public sector work.

The Government Procurement Service (GPS) has put back retendering of its £600m four-year Project Management & Full Design Team Services framework to July or August. The scale of the delay emerged this week amid mounting uncertainty after the government missed its original target for publication of the tender in December 2012.

The existing framework - used by government departments and other public sector bodies to procure consultancy services - expires on 16 June, six months before the replacement framework is now expected to go live in January 2014. The delay means there will be a six month hiatus where clients will have to find other means of procuring consultants.

Around £100m of consultancy work is awarded a year under the framework, supporting many times that value of public sector capital work.

Consultants told Building they were concerned the six month hiatus between frameworks could result in a dip in public sector work for consultants. One firm said the hiatus will come “at a critical time” when government completes its spending review in June and departments seek to allocate budget settlements.

The GPS said in updates published on its website in December and then again in March that procurement was being delayed as it was extending its period of “stakeholder engagement and development”.

Consultants lining up bids told Building the GPS is aiming to adapt the framework to make it more accessible to SMEs and to make it better suited to procuring infrastructure work.

Building understands a number of SME consultants are teaming up to line up bids for the framework.

The GPS is considering splitting the framework into lots, with regional or discipline-specific lots supplementing firms with national multi-disciplinary coverage.

The GPS is advising public sector clients that if they want to procure consultants to carry out work after the current framework expires they can enter into “call-off contracts” that run up to a maximum of two years before 16 June.

But consultants warned that clients may be wary of committing to call-off contracts where major project work could take longer than two years or where the time period is uncertain.

A government spokesperson said GPS was still in pre-market engagement and had received a lot of interest.

The spokesperson added: “The majority of public sector procurement is known well in advance so this [gap] should be taken into account by clients. If necessary they can use other procurement routes.”