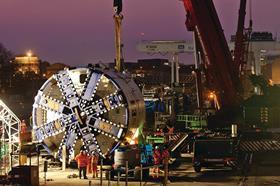 The vast majority of UK infrastructure projects in the pipeline are in the energy and transport sectors, a new interactive map launched today has revealed.

The new map, developed by KPMG in partnership with construction industry analyst Barbour ABI, provides an overview of UK infrastructure projects, which are at the development and/or pre-procurement stage.

Among the 100 projects featured 47 are in the energy sector and 30 in the transport sector.

Richard Threlfall, KPMG’s UK Head of infrastructure, building & construction said: “It is notable that the majority of the projects in this first release are in the energy and transport sectors, confirming that these will be the ‘hot’ sectors over the next few years.

“The recent CBI/KPMG infrastructure survey highlighted business concern at future energy cost and supply and the capacity of our transport networks, and it is encouraging that so many projects are in development to help relieve these constraints.”

Andrew Cox, Energy Partner KPMG, said: “I am not surprised to see energy projects appear so prominently on the map given the investment required to achieve renewable energy targets along with increasing concerns over energy security in the UK.

“However, the UK energy sector must attract capital from many sources, including international investors who have multiple choices over where to deploy their capital around the world. Both UK Government and industry will need to continue to work together to maximise the attractiveness of the UK throughout the remainder of this decade - nothing can be taken for granted.”

Projects must have a minimum estimated construction cost of £20m in order to be included on the map.

Barbour ABI is owned by UBM, the publisher of Building magazine.